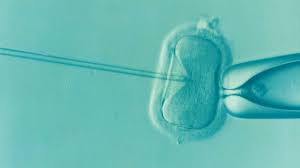 Many couples prefer the Frozen Embryo Transfer (FET) method to secure their future pregnancy chances. The researchers have seen a notable increase in healthy pregnancies through the FET process in recent years. But the recent study has concluded that the FET method augments the risk of childhood cancer. The study is based on newborns’ data from the Danish Medical Birth Register, the Danish Infertility Cohort, and the Danish Cancer Registry from Denmark. The country is known for the highest FET rates and has recorded 10% pregnancies using the same method last year. Considering the universal fact that the newborns from fertility treatment have higher health risks, the authors aimed to study for long-term consequences on the health of babies born with the help of fertility treatments.

This fertility treatment-based data, when studied by the scientists, showed higher risk index in cases of FET deliveries as compared to other cases who took different treatments than other FET for pregnancy. The study noted a specifically low childhood cancer rate per 100,000 pregnancies as 17.5 for pregnancies achieved through various fertility treatments as compared to the FET deliveries—which is as high as 44.4.

Dr. Jeffrey Goldberg, Reproductive Endocrinologist, Cleveland Clinic considered the conclusions from the study as a reason for potential concern as well as an interesting perspective. He also added that childhood cancer also poses a threat if women undergoing this treatment are older and also having old partners. He further said that the study focuses on retrospective data and is not a reason to worry for parents in today’s age.

On a similar note, the famous American rock band named Blackberry Smoke has recently donated $50,000 to CURE childhood cancer at their show held at Atlanta over Thanksgiving Weekend. The band has raised nearly $400,000 for CURE in past six years. The band has taken this step for funding researches related to precision medicine as well as to support families of childhood cancer patients.