Gossamer Bio is a biotech company that decided to outdo the drug that was scrapped by its rival Novartis. Novartis showed no interest in continuing with an asthma treatment that proved ineffective in its Phase 3 trial. Gossamer had its stocks plummeting from 37.1% to 15.96% in February due to Novartis’s drug failure. In November, a buy point helped the biotech company stocks rise to 25.16% but it showed a fall later on. Novartis drug named fevipiprant and GB001 of Gossamer was found to belong to the DP2 antagonist class. Thus, the fall in the stocks of Gossamer is blamed on Novartis’ failure. The stocks are expected to remain volatile but there is a hope that the investors could be attracted as B001 exhibits superior pharmacology.

Even though Novartis’ drug failed, Gossamer’s asthma treatment used a different method to prove the best in class. The biotech company is also working on a new experimental drug for high blood pressure in the inflammatory bowel disease and lungs. GB001 is being tested for chronic nasal inflammation and the data is expected to be out by the start of 2020. Gossamer’s diversified pipeline is definitely going to combat the multiple value-creating catalysts which are in line for 2020. Gossamer is hoping that its stock may rise in the coming months owing to its experimental drug’s success.

Similarly, Gossamer Bio had raised $276 Million in its initial public offering and thus, it has entered a rare class of biotech companies that have gone public. The biotech company had announced that it is going to take an unusual path to the public market in order to fix its share price. However, as the federal government reopened, Gossamer decided to take the traditional path by setting 14.4 Million shares at $16 apiece. The investors’ interests helped it rise to 17.3 Million shares. The company raised its IPO cash and plans to use it to advance its investigational drugs GB001 which is in the phase 2b trial. 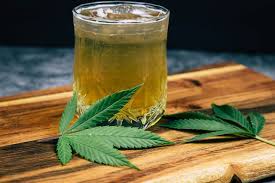