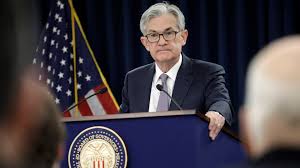 The coronavirus has been taking a major toll on China and its economy as there are many economists who feel the pain about growth prospects around the world as the economy which is the second largest in the world has been shuttered.

On Thursday, this outbreak has been said to have claimed over 600 lives and the number of cases of the illnesses have been rocketing past the level of 28,000 which is over triple of the total of the previous week as the doctor who had first flagged the risk as a whistleblower had also died from the disease on this Friday.

This outbreak has shut the manufacturing as well as retail in a lot of the hubs in China and also caused damage to the leisure, retail and travel industries in China.

The longer the effect lasts on the world’s second biggest economy, the greater the toll is going to be on the economy as the impact has also been spreading to the countries where the borders are shared with China.

For Fed, the economists feel that it is going to impact the view which they have on the growth globally as there is going to be a major hit on the domestic demand in China.

They feel that the next few months are going to be really tough and the Fed is at least going to cut close to 40 basis points in their growth prediction of the United States and a lot of this is also going to have to do with the impact which Boeing is going to have on the world.

China has been shut down virtually and that is the reason the world is feeling a major pinch on the economy of the world.