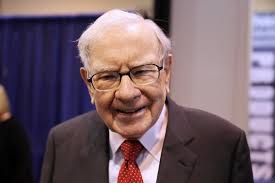 While detailing a regulatory filing disclosing the company’s investments as of December 31st 2019, Berkshire Hathaway announced two new major investments and a reduction of stakes in two of the company’s largest investments. Warren Buffett’s company have listed out an investment worth USD 549.1 million in Kroger Co., the only supermarket chain in the United States challenging the likes of Amazon and Walmart, and an investment worth USD 192.4 million in Biogen Inc. The company has also significantly reduced its investment in Goldman Sachs Group and Wells Fargo & Co., two of the biggest names in the banking sector.

Berkshire has stated that it has bought a new 648,000 stake share in Biogen Inc., while selling off more than 86 million share stake in Wells Fargo & Co. since June 30. Wells Fargo has been trying hard to resurrect its name in the banking sector after reports emerging out that the bank has adopted a culture that mistreats its customers. The scandal that triggered it all for Wells Fargo in September 2016 has seen Wells Fargo fall 3 per cent since then while the Standard & Poor 500’s has went up 55 per cent. Koger and Biogen both registered a gain after the announcement as investors yet again showed their respect for Warren Buffet’s investment plans. Shares for Koger Co. were up 3.9 per cent and for Biogen Inc. up 1.5 per cent during the after hour trading on Friday.

Talking about the stock markets, they have been hit hard by the coronavirus outbreak but are still showing some stubborn resistance. Tesla has been one of the key stock in share market since the turn of year and still has been going strong at USD 767 per share. Dow Jones Industrial Average eased on Friday.