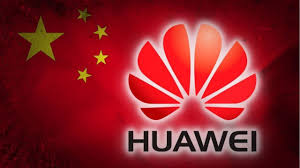 After a string of allegations from the United States, Huawei’s security chief, John Suffolk, has spoken out publicly defending the company. United States alleged that Huawei was able to access the communication equipment that network carriers are bound to install by legal enforcement. Suffolk has stated that no network provider has so far given any access to Huawei for gaining control of the network equipment that intercepts calls when needed. Huawei’s statements also included a clear rejection of US’ claims against it.

Suffolk clearly stated that Huawei did not manufacture the equipment used to intercept calls by network operators in the first place and underlined the fact that United States have not disclosed any proof supporting their allegations. He asked United States to not “hide it or be shy” and let the world see any proof if they have any. He also assured that if any involvement from any Huawei employee is proved, the company will take subsequent action against it. Suffolk was quick to point out that despite the allegations, Huawei’s competitors were not growing at any rapid pace of 30 or 40 per cent and it was the faith of the customers that has kept Huawei going strong.

Huawei has been at the centre of all 5G related news across the globe with the recent one coming from France, where Huawei has been allowed to bid for supplying 5G equipment in the country. Bruno Le Maire, Finance Minister of France, stated that they won’t bow to the pressure from United States and would ensure there is no discrimination against Huawei as it will allowed to bid for supplying 5G equipment. French government will prefer European companies while also allowing Huawei to participate in the bidding process.