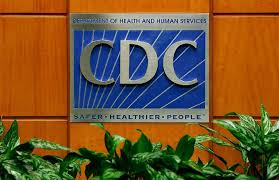 The rate of suicide among those who are in the age group of 10-24 has increased between the year 2007 and the year 2017 as per a report which was released by the Centers for Disease Control and Prevention this Thursday.

This jump of 56 percent in the decade has been in contrast with the suicide rate among this age group which had previously been more stable. In the year 2007, there were 6.8 suicides out of 100,000 people in the age group of 10-24 while in the year 2017, that figure went up to 10.6 suicides as per the CDC.

Suicide has been the second leading cause of death among the people in the age group after accidents. The rate of suicide was higher in the age group than that of the homicide rate after 2011.

The suicide rate when broken down into age groups among those in the age of 10 -14 had almost tripled in the said duration of 2007 and 2018.Among teenagers 15-18, the rate had increased by 76% in that particular decade.

There has been no particular reason or reasons which have been noted by the researchers for the growth in the number of suicides among young people and teenagers however they saw this rate as a cause for major concern and an alarming situation.

A lot of psychologists and child specialists have said that looking at the numbers it is difficult to not be disturbed and this should be something that initiates a call to action immediately with a huge number of teens and young adults affected.