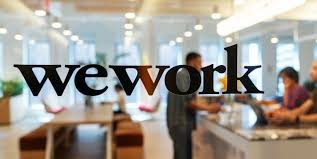 According to a recent announcement, SoftBank has reached an agreement to take possession of WeWork. There has been an offer of $5 billion in the form of new financing and $3 billion in the form of tender. The latter has been offered to the current shareholders of the company. Further, there have been talks of a $1.5 billion financial commitment that SoftBank has to make at the earliest.

When the transactions are completed, SoftBank shall be an 80% stake holder in WeWork. Masayoshi Son, the CEO and Chairman of SoftBank said that the conglomerate believes there is a huge global transformation in the working style of the people. WeWork currently stands ahead of all the other companies in this revolution. He added that the challenges that WeWork has been facing in terms of growth is not something completely unusual for a leading company in today’s world.

Son said that the current overall vision of SoftBank remains unaltered. As a result, WeWork shall receive a renewed operational support and capital infusion. Further, he said that SoftBank shall remain dedicated to the customers, members and employees of WeWork. Just before the announcement was made, the share market had witnessed a 3% fall in the share prices of SoftBank in Tokyo.

According to the deal, Marcelo Claure who is the COO of SoftBank shall be appointed as the executive chairman of WeWork. The previous CEO of WeWork, Adam Neumann shall remain at the position of an observer in the board of directors. As per a report in Wall Street, SoftBank is supposed to compensate Neumann with $1.7 billion for giving up his voting rights and for stepping down as the chairman of the organization.

Since the departure of Neumann, a new form of leadership has been promoted to get the organization back on the right track. Sale of multiple business is a tactic that the company is currently exploring. There is also news of WeWork laying off 13% of all its employees, as per an article in the Guardian.