In the near future crawly robots of Spacebit might assist in exploration of lava tubes and mysterious caves present on the lunar surface. On October 24, Pavlo Tanasyuk attended International Astronautical Congress. Back on October 10 announcement was made by Spacebit for launching first private moon rover of United Kingdom during 2021. On October 23 Spacebit made a partnership with International Astronautical Federation Regional Group on behalf of Caribbean and Latin America.

Both the achievements were considered big for Spacebit. Moreover, the company is also taking an active part in NASA’s mission to land human beings on lunar surface during 2024. The space agency is encouraging various private firms so that they can participate through Commercial Lunar Payload Services and many companies have showcased their interest.

Robots of Spacebit have legs. This allows these machines to get inside of crevices and cracks, maneuver which traditional rovers weren’t able to undertake. For the mission eight robots with legs are required at a drop-off point. After this they will exit the mother ship for exploration of lunar caves. They are equipped with artificial intelligence so that they can provide detailing about moon’s history.

During the international conference Tanasyuk stated that robots of the company do not possess wheels instead they have legs, which is a very innovative design for such mission. During the month of July 2021 Spacebit is planning to launch first rover batch with Peregrine lunar lander. The launch will be the first outer space mission for Vulcan Centaur and Lander and Tanasyuk stated that the company is hoping that the landing takes place in a proper fashion.

Tanasyuk wants to make outer space missions even more accessible, the robots of Spacebit are made on cubesat which is a single unit and it is used for small satellites. Each satellite will be a bit heavier than 1.5 kilograms. The weight of Yutu rover made by China was around 120 kilograms. 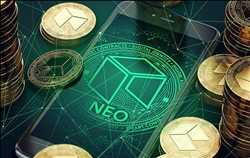