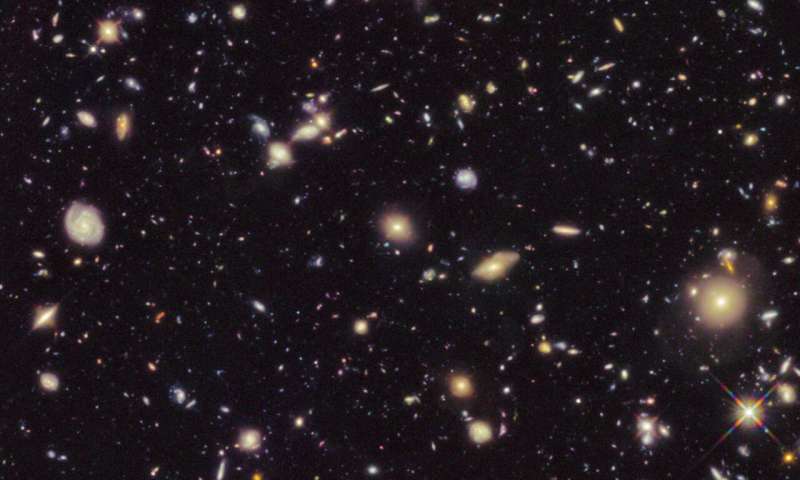 A lot of people consider the space to be a flat sheet which means that if one travels in a particular direction they are going to go away from their starting point. However it has been suggested in a new paper that the universe might in fact be a sphere which would mean that if one travels far enough in one direction they are going to end up being where they started from.

Taking the theory of relativity by Einstein as the basis, it has been determined that the space has the ability to bend into a lot of different shapes therefore the scientists have assumed that the universe is open, crossed or flat. Flat is the most convenient shape for understanding as it is our day to day experience of space like the beam of light which extends into infinity.  A universe which is open is going to be in the shape of a saddle as a light’s beam is going to bend across their curvature. A closed universe is going to be spherical with this beam of light going back in a loop to meet the origin of the light.

For telling the shape of the universe, scientists look at the phenomenon which is known as the CMB or the cosmic microwave background. This is an electromagnetic radiation that is there ever since the Big Bang and is also known as the relic radiation. This occupies all of the space and is detectable with a radio telescope that is sufficiently powerful.

In this new research the scientists have measured the fluctuations in CMB through the use of the data of Planck space observatory of the European Space Agency.