As the year comes to an end, it is a time of reflection on the time that was spent, which comprises how we used services and products. Spotify, for example, has long provided a method to view your most-played music of the year. Now, Nintendo is getting in on the game with its personal year-in-review way for Switch.

It begins by going to the first day all the way back when you used the hybrid device, even if it was prior to 2019, along with the first title you booted up. It then provides insights on your most-used titles of the year, how much time you invested playing Switch games, and the amount of titles you played in general.

The year-in-review page also details your Switch activity on a monthly basis by hours played, along with the days you played most frequently.

The minisite is also sprinkled with ads for Switch Lite and other titles. It also shows the number of My Nintendo Gold Points you got this year. Just in case you are mulling over cashing in those for one of the marketed games.

As with same year-in-review methods for other gadgets/services, it is a fun snapshot of what you spent your time in and when you were most expected to be discovered with a controller or Switch in your hands. On the other hand, it only appears to work for Nintendo accounts in North American for the time being.

On a related note, Nintendo launched the first set of SNES titles for its Switch Online users earlier in September, and now it is all set to include some more, in spite of deliberately uneven scheduling. Star Fox 2 is one of the inclusions, which marks the only time it is ever been usable outside of the Super NES Classic Edition device that was launched in 2017. 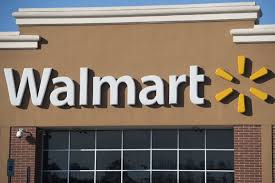