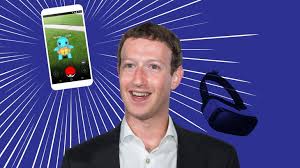 The CEO and founder of Facebook, Mark Zuckerberg has been expecting to see a lot of progress in the next decade when it comes to augmented reality and its related technology.

Instead of setting any year long challenge for himself and for his company as he has been doing for the last decade, Zuckerberg has taken to his own platform Facebook for making predictions of major developments in the coming decades. As per his predictions, he feels that this is going to be a decade when augmented reality eventually breaks through

The platform in the decade of 2010s as per Zuckerberg was the mobile phones. His Facebook post on Thursday has said that while he expects phones to still be the primary device in a large part of this decade, he feels that at one point in the 2020s, augmented reality glasses are going to be redefining technology and the relationship it has with the humans.

The technology allows the users to place the digital objects on top of the real world. It is used mostly through smartphones as of now but a few companies such as Magic Leap and Microsoft have been releasing the complete AR headsets.

Last September, it had been reported that Facebook has been working on the AR glasses which were called Orion, in the labs that it has in Redmond in Washington. The company is also hoping to partner with the parent company of Ray Ban, Luxottica on the design which is going to hope for a launch of the product between the years 2023 and the year 2025. Facebook has also been working on voice assistants that are going to control these Orion glasses.

Facebook has been pushing to get into the business of virtual reality and AR hardware since its 2014 acquisition of virtual reality pioneer Oculus VR for $2 billion. In May of last year, Facebook unveiled the $399 Oculus Rift S augmented reality gaming headset. It has released several versions of Oculus VR headsets over the years.

Early AR products have faced criticism for feeling unnatural and obtrusive, which Zuckerberg addressed in his post Thursday.

Jorge Sipple
Technology Tags:Mark Zuckerberg expects that next decade is going to be one where augmented reality flourishes