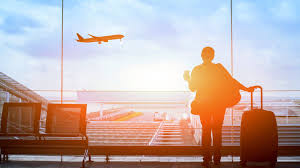 After the rise of the value of British pounds, the currency has gone back to the original value where it was before the general elections in the UK. There are concerns that there would be no deal in the Brexit in the near future.

The British government officials told that it will not allow any extension in the Brexit beyond the end of next year.

Against the dollar, the Sterling stood at $1.32 falling by 1% and stood at 1.18 Euros falling 1.2%. In the stock market, the benchmark FTSE 250 share index which has all the firms that have a majority of its exposure to the UK economy fell by 1.4%.

After the results of the general elections in which Boris Johnson’s Conservatives Party won by a clear majority the value of the Sterling and the stock market rose by a fair margin on the hopes that the new government will come out with some policies and agenda to make sure that Brexit deal happens quickly.

At one point the Sterling stood at $1.35 the highest level it has climbed since May 2019. Its value against the Euro stood on a three-and-a-half-year high. The forex market was surely expecting that the uncertainty in the Brexit would be cleared out.

But the government said that it will make a new clause ruling out any extensions to the Brexit deal by the end of next year. Experts are saying that now there is a high chance that the UK will leave the EU before a trade deal happens. But the many cabinet ministers have assured that the deal will happen with 2020.

By already stating the deadline date in December next year critics are saying that it leaves too little time for the UK and the EU to make the particulars of the trade deal which will be beneficial for both the parties.