US And China Not Directed Toward A Cold War: BNP Paribas’ Chairman 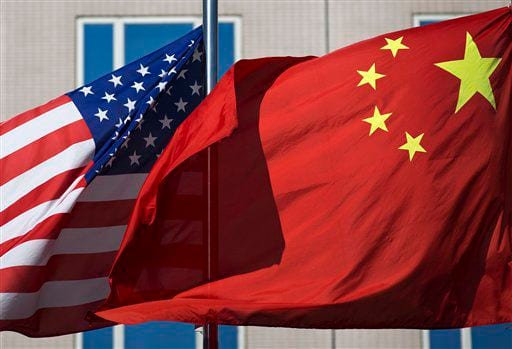 According to Jean Lemierre—Chairman of France’s largest bank, BNP Paribas—the U.S. and China are not directed into a “cold war” although trade strains have escalated. At Singapore Summit, he said to CNBC, “I do not think it’s the starting of a cold war. Since I have been educated at the time of the Cold War, I am aware of what it is, and this is not what I see at the moment.” Lemierre said, “Yes, there are frictions and tensions, but I feel everyone has understood the advantage of cooperation, if not globalization.” Apparently, the U.S. and China have been involved in a trade spat for over a year and both parties have elevated tariffs on billions of dollars of each other’s products. In spite of numerous rounds of conciliations, there has been no solution.

In the past week, a Chinese trade representative was in Washington for another round of discussions before high-level meetings in October. But that discussion was cut short when Chinese representatives called off a visit to the farms in Nebraska. Their abrupt exit caused the U.S. markets to plunge overnight, as it diminished sanguinity on trade discussions and discouraged anticipations that Beijing may be prepared to procure large quantities of the U.S. agricultural goods.

On a similar note, the tech startups in Vietnam have emerged as beneficiaries from the U.S.-China trade war. There is kind of vibrant capitalism seen throughout cities across Vietnam that tech startups across the world tend to admire. Bobby Liu—Senior Director at Topica Institute—said, “It is spotless grit and hustle.” Liu has resided in Vietnam from 1997 and has been a part of the regional tech landscape from 2011. In the last 18 Months, the potential has been expedited by the trade war amid the U.S. and China, as per to people in Vietnam’s tech industry and national financiers with stakes in the country.