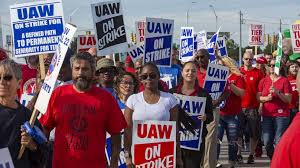 The 40 days long strike of 47,000 United Auto Workers came to an end on this Friday. The union workers have accepted and provided their formal consent to a deal by General Motors. Due to the strike, General Motors lost a massive $ 2 billion in their business.

An internal letter of the company revealed that almost 57% of the workers gave their consent to the deal with the automobile giants.

The voting process took almost a week, and the UAW received enough affirmative votes by 3:51 PM on Friday. Although a lot of members showed their dissatisfaction towards some parts of the deal, the majority found it to be agreeable..

The new agreement between General Motors and the UAW ensures steady healthcare cost while giving a chance for the part-time workers to make the job permanent. The deal was tentatively agreed on the deal on October 17. But the deal also agrees upon the closing of four plants in the US and that no further layoffs will be protected.

The workers of General Motors can resume their services in the company from Saturday.

When the national council of the union agreed on the terms of the deal, most of the workers showed their disappointment on the decision to close down the Lordstown unit in Ohio.

The Chairman and CEO of General Motors, Mary Barra, said that the new contract recognizes the vital contribution of the union workers in the success and growth of the company. She added that the improved wage scale and benefits are the way to thank the workers for their hard work.