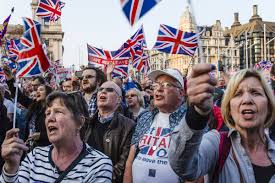 Experts believe that the upcoming elections in Britain may not put an end to the nation’s 3 year uncertainty about Brexit. Though PM Boris Johnson’s deal was approved by lawmakers in principle last month political battles in Westminster led to opposition parties agreeing to an election. Johnson stated that the best way to get the Brexit policy approved would be to have national vote for it in December this year but political analysts say that this could be a wrong approach. According to Chatham House think tank’s associate fellow Quentin Peel, there is likelihood that even after the elections there will not be any clarity on the Brexit issue. Voters in UK are still firmly divided over continuation of EU membership as revealed by the 2016 referendum in which 51 percent voted to leave while 48 percent voted to remain.

This vast chasm is now mirrored in the nation’s political system too as both its main political parties namely Conservative Party and Labor Party have not been able to come up with a suitable solution for Brexit. Due to this skirmish some of their party members have defected into other political parties or have been expelled and now there are five political parties that have a stake in the Brexit namely Liberal Democrats which wants the Brexit process to stop while the Brexit Party headed by Nigel Farage wants a no-deal breakup with EU and Scottish National Party which is pro EU party based in Scotland. Chatham House’s Peel stated that Brexit vote is likely to be split and if election does not work then a second referendum is the only way out. During elections Boris’s conservative party is expected to get 36 % votes while Labor will get 22% while Liberal Democrats will get 19 % while Brexit Party will get 12% and SNP will get 4% of votes.