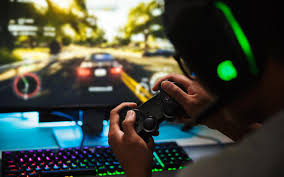 In China, official guidelines released, show that action is taken to reduce addiction to online gaming. Strict action is taken by the country regarding this newly developing issue affecting youngsters.

President Xi Jinping has been taking stringent actions against children going beyond limits on video gaming. Last year, in 2018, the president had shown concern over the growing eye defect of children. Children, who should be out playing, are burrowed within internet phones playing online games and becoming short-sighted, he said. A gaming regulator was established in 2018.

Minors under the age of 18 are playing online games, which is affecting their health and education. Steps are taken to bring in time restrictions and regulations on their online play hours.

The Ministry of Public Security is bringing in new restrictions on all online gaming and micro-transactions to reduce addiction in online games and shopping.

For minors, time restrictions have been imposed. Minors are banned from playing online video games in the night between 10.00 p.m. and 8 a.m. Further, they are allowed to play online games only for 90 minutes every day. However, on national holidays, this timing has been extended to three hours.

For adults playing online games, all types of games that deal with goriness, sexual explicitness, gambling, and violence are banned.

The Ministry of Public Security is working along with the State Administration of Press and Publication regarding this. A check will be made through an identification system using user identification. This will help to identify minors who are going against the restriction of playing beyond the time allotted for minors across the gaming platform.

China is one of the largest gaming markets in the world, next to America, only because strict action began in 2018 against online playing.

The American Psychiatry Association calls it a mental disorder that has to be addressed. The World Health Organization calls it a “gaming disorder”, which all countries should resolve.