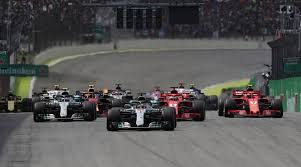 Formula 1 is recognized for horsepower, noise, and burning fuel, but the racing contest needs to include an unexpected, new description: eco-friendly. Formula 1 aims to have a “net-zero carbon footprint” by the end of next decade (2030), including the on-track activities, cars, and processes, the FIA ownership body declared.

The FIA claimed that Formula 1 modernisms such as energy recovery, composite materials, and safety systems have been accepted into road vehicles and other sectors. It needs to set a paradigm in terms of removing carbon emissions, too, and mentioned that its hybrid power units for F1 are a fine example. Those are the world’s most well-organized internal combustion engines, and will be even more so with the forthcoming rule changes from 2021.

F1 vehicles are not going electric, it does not seem. Instead, F1 may be planning to employ supposed sustainable fuels that produce carbon emissions, but have no net emissions. They can be employing synthetic fuels such as methane that are created from CO2 captured squarely from the air, employing renewable power. In that case, the carbon captured is equal to the carbon emitted.

Formula 1 is also a huge traveling circus that goes all over from Mexico to Australia, leaving a huge CO2 footprint. Above that, each group has huge factories and facilities with hundreds of workers. To that end, FIA claimed it will employ “ultra-efficient travel and logistics and 100% renewably powered facilities, offices, and factories.” At events, it will also recycle all waste, get rid of single-employment plastics, and “provide each fan a greener method to get to the races,” it claimed.

A number of F1 fans pine for the ancient days of raw horsepower and danger, so F1 earns some credit for defying that with rules that many fans do not like and hybrid engines.