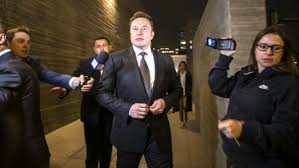 A federal jury took less than one hour in Los Angeles before it threw out a defamation case worth $190 Million against the CEO of Tesla, Elon Musk. The jury took a decision that calling a person ”pedo guy” with millions of audience on Twitter being witness to it cannot be considered an accusation because the words as per them are tricky devils which may mean multiple things on the Internet and it doesn’t matter how accusatory it is, it does not tantamount to defamation.

The verdict that came on Friday was given after a trial had been conducted for four days and there were six hours of testimony from the SpaceX and Tesla CEO. As they exited the courtroom, Musk on the verdict said that his faith in humanity was restored.

With most of the incidents that involve Elon Musk, this lawsuit which had been running for long began with a bad tweet which was about Vernon Unsworth. It happened after Vernon Unsworth, who is a British cave explorer had publically insulted the part of the CEO of Tesla in the effort to rescue 12 Thai boys along with their coach who had been trapped in the cave complex that had been flooded in Tham Luang. He described in an interview that a miniature submarine which the CEO delivered personally to the crew as being impractical and being nothing more than a stunt done for publicity.

Musk in his usual temperamental style responded and called Unsworth as a pedo guy in his Tweets which have not been deleted. The attorney of Unsworth claimed that Musk had called Unsworth a pedophile and that is going to impact the reputation of the client.