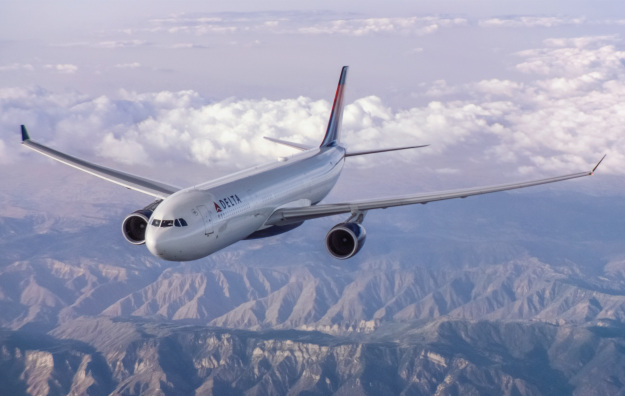 A positive showing in the fourth-quarter earnings have reaped rewards for Delta Airlines Inc. (DAL) in the stock market as well as it showed a 5.24 per cent gain in the premarket trading on Tuesday. The numbers reached a five-month high as the company’s Q4 earning report meant the company’s earnings and revenues were beating the market’s expectations. From USD 1.02 billion in the year-ago period, net income shot up to USD 1.10 billion

Talking of the per share price, it read USD 1.71 per share as compared to USD 1.49 per share for the year-ago period. As for the revenue is concerned, it shot up to USD 11.44 billion from USD 10.74 billion, while the market predicted it to be USD 11.38 billion. For the next quarter, Delta Airlines are expecting a revenue growth of 5 per cent to 7 per cent, while FactSet consensus values the growth to be around 6.3 per cent. TRASM (Total Revenue per Available Seat Mile) and CASM-Ex (Costs per Available Seat Mile) rose 2.4 per cent and 4.4 per cent respectively. Both Dow Jones Industrial Average and Dow Jones Transportation Average have gone up by 7.9 per cent, while the stocks continued to rally at around 12.3 per cent through the last quarter.

As for the futures are concerned, Dow Jones futures, NASDAQ futures, and S&P futures all showed an upward trend as companies released their quarter-four earnings. As for the stocks are concerned, Apple registered its worst loss in the past month as it fell 1.35 per cent Tuesday. Beyond Meat stocks on the other hand rose quite significantly after confirmation of a new supply deal. JPMorgan Stock too had a lot to contribute to Dow Jones Industrial’s 0.1 per cent higher average on Tuesday.